Communiqués presse 2017
Imprimer
According to the study presented today by FEVAD to the Ministry of the Economy and Industry, online sales have continued to increase in 2016.

This study is based on information gathered from the main merchant sites and on the aggregate amount of transactions carried out by the main payment service companies on behalf of 200,000 websites. Continuity of the methodology and processing of the data have been approved by the firm KPMG.

In total, French people spent 72 billion euro on the Internet in 2016, up 14.6% over one year, confirming a fresh burst of growth. The one billion mark of transactions online was reached in 2016 with an increase of 23%. This represents 33 transactions per second.

This outstanding performance of French e-commerce can be explained in particular by a very positive end-of-year sales balance sheet. At Christmas (November and December) online sales (products and services) grew by 15% compared to Christmas 2015. Online sales reached 14 billion euro, driven by the increase in the number of purchasers and frequency of purchase. Christmas represents nearly 20% of sales on the Internet. The survey carried out by the CSA Institute for FEVAD and presented today on the outlook for 2017, confirms this enthusiasm: 73% of e-shoppers, 7 points more than last year, said they bought Christmas presents on the Internet.

The average annual amount of a transaction dropped to 70 euro in 2016 compared to 75 euro in 2015, down 7%. Over the past two years, the average basket has fallen sharply. The expansion of supply, increased competition but also new approaches to logistics (subscriptions for unlimited delivery, free delivery and returns) have helped accentuate this phenomenon. This drop in the average basket was offset by a record increase in the frequency of purchase in 2016: up 21% compared to 2015. E-shoppers carry out, on average, 28 transactions online over the year for a total amount of 2,000 euro. This amount has almost doubled compared to 2010 when it was 1,084 euros.

The iCE 40 Index maintains its growth rate over the year

The iCE 40 Index (which makes it possible to measure the growth of leading sites on a like-for-like basis) confirms these good results for the sector.

Retail sites increased 9% (including market places) and maintain 2015 levels of growth. Household consumption, which improved in 2016, has also driven growth in Internet sales.

Online tourism and travel, up 3%, showed strong staying power over 2016.

Internet sales to professional users maintain double-digit growth, up 10% over the year.

The iPM Index, designed to measure the volume of sales in the market places (sales by merchants hosted on iCE 40 market places), grew by 18% in 2016. A smaller increase than last year, but these sales play an increasingly important part in the activity of the sites. They now account for 28% of the total business volume of sites participating in the iPM (compared to 26% in 2015).

The iCM Index, which measures sales on the mobile Web (Smartphones and tablets, mobile sites and apps excluding application downloads and excluding sales on market places), grew by 30% in one year. This means more than a quarter of the business volume of iCM panel sites is now carried out on mobile terminals, and even 28% in Q4 with Christmas purchases. This trend is expected to continue in 2017, as shown by the results of the m-commerce audience barometer published the same day with Médiamétrie.

The market is expected to reach 80 billion euro in 2017

The e-commerce market is expected to exceed the 80 billion euro mark in 2017, driven by an expanded customer base and increased frequency of purchase.

The results presented in the context of the e-commerce balance sheet are based on studies conducted by FEVAD from data gathered directly from merchant sites and secure payment platforms. The balance sheet is based on the following definitions:

E-commerce Index (iCE): This is calculated on the basis of the turnover achieved directly by companies in the iCE 40 panel on fixed and mobile Internet (excluding market places). Only orders delivered in France, whatever the place of delivery (home, pick-up point, stores). These are the sales ordered, minus cancellations, exchanges and returns, postage included, all taxes included for sales to individuals, excluding VAT for sales to professional users.

Market Place Index (iPM): This is calculated from data collected from the market places participating in the panel. It corresponds to the sales made in market places by user sites.

Mobile Commerce Index (iCM): This is calculated from data collected from the panel sites. It corresponds to sales made directly by the member companies of the panel on Smartphones and digital tablets on mobile sites and apps (excluding app downloads).

Make-up of the iCE 40 Panels: The results of the e-commerce balance sheet were calculated from the iCE 40 panel consisting of the following sites:

Estimated total market: The calculation of the overall market estimate is obtained by aggregating data collected from the iCE40 panel sites and the value of electronic payments (excluding iCE 40 panel members) reported by providers participating in the PSP panel.

The Federation of e-commerce and Distance Selling, created in 1957, today groups together 600 companies and 800 websites. It is the organisation that represents the e-commerce and distance-selling sector. FEVAD has the particular mission of gathering and diffusing information to improve knowledge of the sector and to act in favour of the sustainable and ethical development of distance selling and e-commerce in France.

To find out more visit: www.FEVAD.com/Follow us on Twitter: @FEVADActu

For the record, KPMG France is a leader in auditing and consulting services; KPMG France is a member of KPMG International, a network of independent firms operating in 155 countries. Our 8,300 professionals work with major international accounts, intermediate-sized companies (ETIs) and family groups, VSEs and in various sectors of industry, commerce and financial services. 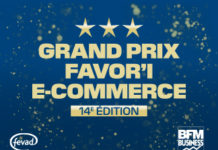 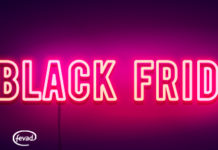 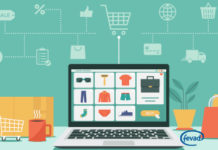 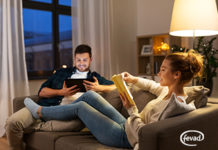 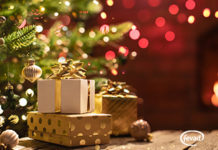