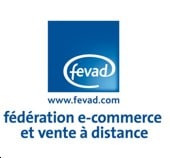 According to the study presented today by Fevad to the Ministry of the Economy & Finance, in the presence of the Secretary of State, Madame Delphine Gény-Stéphann, online sales continued to soar in 2017.

This study is based both on information gathered from the main retail websites and the aggregated amount of transactions carried out by the main payment providers. Methodology and data processing were validated by KPMG.

In total, the French spent 81.7 billion euro online in 2017. Driven by an expanded customer base with over 37 million online shoppers (Source: Médiamétrie//NetRatings), the increase in purchase frequency, new mobile shopping behaviour, online sales rose 14.3% year-on-year, a growth level maintained for three years. In 2017, 1.2 billion online transactions were carried out, representing growth of 20.5%.

Despite the decline in household consumption in Q4, the online sales market posted record growth in Q4, particularly thanks to promotional operations in November.

At Christmas, (November and December), online sales were up 17.5% compared to Christmas 2016. Online purchases reached 16.5 billion euro over this period (14 billion euro in 2016).

More than 30 orders on average per year

Retail websites continue to be set up: the number of active retail sites increased by 10% over a year.

The e-commerce Index continues to grow

Despite household consumption being slightly down on 2016, the e-commerce Index (which measures the growth of leading sites, on a like-for-like basis) continues to grow.

Retail sites grew by 9% over the year (including market places).

Online travel and tourism sales consolidated their growth in Q4.  The year 2017 confirmed the rebound of the sector, up 13%, in a context of global market recovery since January 2017 (Business volume for bookings up 8.5% in 2017, according to the Travel Industry’s Les Entreprises du Voyage/Gestour/Orchestra trend barometer.

Internet sales to professionals recorded a growth spike in Q4 (up 27%). In 2017, their growth accelerated with an increase of 17.5%.

The iPM, intended to measure sales volume carried out on the marketplaces (sales made by merchants hosted on iCE marketplaces) grew by 15% in 2017. A smaller increase than last year, but for sales which increasingly influence the activity of the sites. These represent 29% of the total business volume of sites participating in the iPM (compared to 27% in 2016).

The iCM, which measures mobile internet sales, (Smartphones and tablets, mobile sites and apps, excluding app downloads and sales on the marketplaces) increased by 38% in one year. The year 2017 marked a sales re-acceleration on Smartphones and tablets. Nearly one third of the business volume of the iCM Panel is now carried out on mobile devices, that is, 6 points more year-on-year.

In 2018, the e-commerce market should reach 90 billion euro

Overall, this year’s trend is in line with that of last year. Driven by the increase in online shoppers, purchase frequency and the development of the offer, online shopping is expected to continue to grow in the coming months and exceed 90 billion euro in 2018. At this rate, the 100 billion mark should be crossed at the end of 2019.

Data collected from the retail sites correspond to the following definitions:

E-Commerce Index (iCE 100): Turnover achieved directly by companies in the iCE 100 Panel on fixed and mobile internet. Sites that publish a marketplace do not include business volume carried out on the market place, or commissions generated. Only orders delivered in France. All delivery locations are included (including store collection). These are sales that have been ordered (the date of the order is what is taken into account, not the delivery date). Cancellations, exchanges and returns deducted, shipping included, all taxes included for sales to individuals, excluding taxes for sales to professional users.

Market Place Index (iPM): all sales made on the market place by user sellers.

Mobile Commerce Index (iCM): Turnover achieved directly by the company on Smartphones and digital tablets in the context of mobile sites and apps (excluding app downloads)

Make up of the iCE 100 Panel: The results of the e-commerce balance sheet were calculated from the iCE 100 Panel, that is over 100 sites: consumer products (100 sites), e-tourism (15 sites) and sales to professionals. (20 sites).

For the record, KPMG France is the leader in auditing and consulting, KPMG France is a member of KPMG International, a network of independent firms operating in 152 countries. Our 8,500 professionals work with major international accounts, midcap companies and family groups, VSEs and in different sectors of industry, business and financial services. 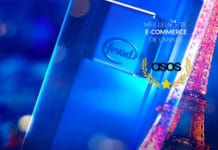 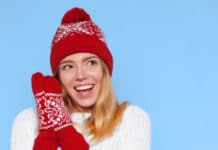 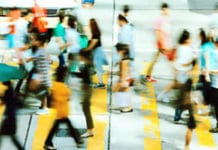