Ecommerce Europe and EMOTA united as a single, stronger voice for the digital commerce industry

Ecommerce Europe and EMOTA, the European Digital Commerce Associations, are proud to officially announce that they are joining forces. The two associations will be unified under the umbrella and brand of Ecommerce Europe, with the de facto “merger” becoming fully effective as of 1 January 2020, when, after a transition period, former EMOTA members will be granted full membership rights.

With a forecasted European B2C e-commerce turnover of € 621 billion in 2019, the digital commerce industry is at the center of important economic and societal changes such as digitalization, technological revolution, growing interconnectedness and increasingly fierce global competition.

To give the digital commerce industry the voice necessary to thrive in this ever-changing and challenging environment and to unlock the growth potential of this sector, the two associations will speak with one single voice in the future and will be fully dedicated to the development of digital shopping in Europe. By joining forces and by working hand-in-hand with EU policymakers through ambitious and achievable actions in key areas such as better enforcement, harmonization and fair competition, the two associations will ensure that the digital commerce sector in Europe continues to flourish.

“We are extremely proud to announce that Ecommerce Europe and EMOTA are joining forces to become the sole e-commerce association at EU level. This is great news for our industry, which can now count on a stronger voice in Europe”, declared François Momboisse, President of Ecommerce Europe. “This “merger” will allow us to build further on the success of the European digital commerce industry and pursue our mission of helping EU legislators create the best environment possible for digital commerce to grow in Europe and beyond”.

Frederik Palm, President of EMOTA, stated: “I am very happy that the EMOTA initiative to unite both associations has finally fallen on fertile ground and that we will speak with one single voice for the common interests of the digital commerce industry in Europe in the future. This is not only an important step to strengthen our sector, but also a clear commitment to Europe. By exchanging our experiences, ideas and knowledge between Member States we can bundle our expertise. Only together, as one single association focusing on the digital aspects of commerce, we can have a real impact and ensure that our ideas and initiatives are heard in Brussels.”

Together, the two associations will be able to offer their members extended and more efficient services to support the development of digital shopping in Europe and beyond. The unified association will count more than 25 national e-commerce association members, thus representing more than 100,000 digital shops across Europe. The Brussels Office of Ecommerce Europe, which will maintain its current Public Affairs team in Brussels, led by its Secretary General Marlene ten Ham, will remain located in the heart of the EU neighborhood, in Rue d’Arlon 69-71.

More information can be found on our website at www.ecommerce-europe.eu.

About the unified association

Ecommerce Europe is the sole voice of the European Digital Commerce sector. As a result of joining forces with EMOTA, Ecommerce Europe now represents, via its 21 national associations, more than 100,000 companies selling goods and services online to consumers in Europe. Ecommerce Europe acts at European level to help legislators create a better framework for online merchants, so that their sales can grow further. 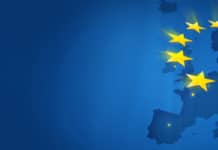 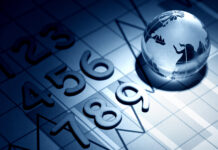 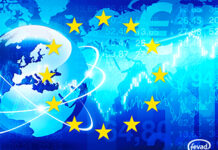 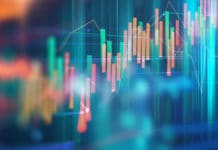 Joint Industry Statement on the New Deal for Consumers – Omnibus Directive: a step...

European Parliament’s Report on ePrivacy not in line with business realities, may put EU...